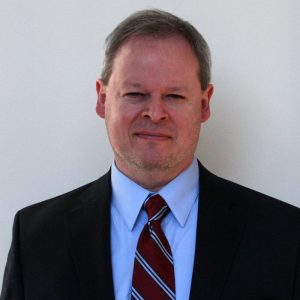 In the mid to late 90’s, Little worked as a consultant in the Institute for Communication Research at the University of Alabama. His work with the ICR included survey, report and presentation development and design, multi-media design and production, focus group development and ad analysis. While there, he also served as an adjunct instructor for the Advertising and Public Relations Department and was Production Director of the journal Media Psychology for four years. He also served as guest reviewer for said journal.

In 2000, he joined the APR Department as a full-time faculty member. He has taught most every class in the major. He has also developed multiple classes for the department and college including APR 260, a curriculum class in advertising, PR and journalism in which students learn basic and advanced aspects of Adobe Photoshop, Illustrator and InDesign.

His work in the private sector enabled him to network and expand internship and job opportunities for his students. As a result, his students have gone on to positions at such places as Edelman, FCB, Southern Living, McCann-Erickson, BBDO, Google, Young & Rubicam, Nike, NBC, The Grand Ole Opry, Habitat for Humanity and the U.S. Government among others. His list of clients include Southern Progress Corporation (Southern Living, Cooking Light, Sunset, etc.), Randall-Reilley Publications, Nickelodeon, Jr., Alabama Public Television, AT&T, Volvo, The University of Alabama, and a large number of other clients.