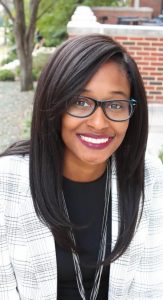 Kennedy Studdard is currently an associate for Ogilvy & Mather in New York City. As an account management associate, Studdard works on both internal and external communications across various platforms. Studdard has been at Ogilvy for less than a year, but she has already made numerous connections and is certain one of the most rewarding parts of her job is getting to work closely with top management.

“My manager is a senior VP, so I get to work closely with the worldwide corporate communications officer in the New York office,” Studdard said. “It’s super exciting, but also kind of intimidating, to be placed here for my first full-time position right out of college.”

Due to the competitive nature of Ogilvy employment, Studdard never imagined she would receive a position with such a prestigious company directly after graduating.

“I wasn’t thinking about applying to Ogilvy until I received an email from human resources encouraging me to apply for the Associates Program,” Studdard said.

As a public relations major, Studdard never thought she would begin her career in advertising. Studdard began venturing into the field of advertising after applying to the American Advertising Federation’s Most Promising Multicultural Students Program and 4A’s Multicultural Advertising Intern Program per the request of her professor, Susan Daria. Studdard was accepted into both programs, and having her résumé circulated by the AAF led Studdard to her current job at Ogilvy.

Studdard takes pride in knowing The University of Alabama prepared her for her post-graduate career. She said UA gave her the passion and courage to pursue various jobs and opportunities. While at UA, Studdard was actively involved in organizations such as the Public Relations Student Society of America, AdFed and Capstone Agency.

“It’s honestly the whole department that made my four years so full because everyone inspired me to be the best I can be,” Studdard said. “The C&IS A+PR department is one that will always work toward helping students achieve.”